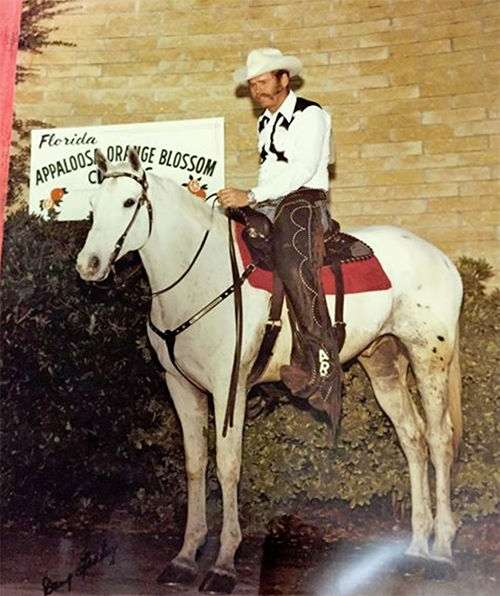 Did you know that Art Timmermann was a farrier for 40+ years?

He was known for corrective shoeing before it was a common practice. Art also trained horses for pleasure, reining, and cutting--and he had a reputation for being able to get through to the more "bull-headed" horses.

His claim to fame was that he broke "Two Eyed Jack" to ride. Art told everyone that Two Eyed Jack would be a world champion and said that nobody could ever take credit for it because the horse was a natural. Sure enough, Two Eyed Jack went on to earn 217 halter points and 70 grand champions, as well as performance points in Western pleasure, hunter under saddle, reining, working cow horse and Western riding.

He was inducted into the AQHA Hall of Fame in 1996. Art sure called that one!

Everyone at the ranch is blessed by Art's wisdom, kindness, and humor. After multiple back surgeries, open heart surgery and a cochlear implant to return his hearing, he still enjoys riding at the age of 82.